Turkey should avoid return to ‘assertive secularism’ after Erdoğan 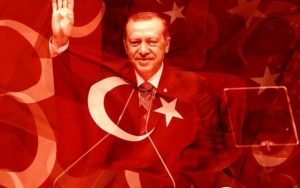 Ahmet Kuru, a political science professor at San Diego State University, has long established himself as one of the leading scholars of secularism and Islam. His landmark 2009 book, Secularism and State Policies toward Religion: The United States, France, and Turkey, sparked widespread public debate after recommending that the Turkish state replace its French-style “assertive secularism” with American-style “passive secularism”.

Over a decade later, the question of secularism is once again topping the agenda in Turkey amid the increasing politicisation of the Directorate of Religious Affairs (Diyanet), and the declining popularity of President Recep Tayyip Erdoğan. In an interview with Ahval, Kuru discussed Islam, secularism, and what they might mean in a post-Erdoğan Turkey.

Ahval: Why is there a constant debate about secularism in Turkey?

Kuru: A major reason is the existence of two mutually exclusive views. One is shared not only by Islamists but also conservatives, that is, Islam should be at the centre of Turkey’s identity politics and public life. With certain variations, right-wing parties have all supported this view. The second is that Islam is too dangerous to be left alone, there should be state control over Islam. This view has generally been supported by Kemalists.

On the one hand, these are two opposite views. On the other hand, they are similarly state-centric. For different reasons, both camps reject the idea of Islam-state separation. More specifically, both groups defend the existence of the Diyanet as a government agency that controls 80,000 mosques in Turkey.

Ahval: There is no longer Kemalist domination in Turkey. Instead, many people are worried about Islamist authoritarianism. Can you elaborate on that? 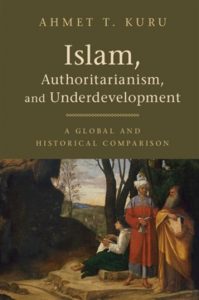 Kuru: The current regime in Turkey is based on Islamist populism and has diminished the already weak separation between Islam and the state. Without such a separation, Islam turns into an instrument of political demagoguery and oppression. Using Islam, right-wing politicians manipulate the Muslim masses by exploiting their religious feelings in Turkey. Moreover, Islam has been used as a means of restricting freedoms in various countries given Islamic law includes many historically rooted rules that limit freedom of speech and women’s rights.

Hence, secularism, in terms of separating religious and political authorities, is necessary to establish a truly democratic system in Turkey. But the question should also be asked: What type of secularism does Turkey need?

Ahval: How do you define different types of secularism?

Kuru: The common characteristics of secular states are twofold. They have neither an official religion nor refer to religion in law-making. Besides these commonalities, secular states also have differences. My book defines two main types of secularism. “Passive secularism” has been the dominant ideology in the United States since the constitutional amendment in 1791. According to this ideology, the state should be passive and neutral toward religious and secular symbols in the public sphere. “Assertive secularism”, on the other hand, has been dominant in France since 1905. It requires the state to play an assertive role in excluding religion from the public sphere and to impose secularism as a comprehensive doctrine at the expense of religion. That is why assertive secularist governments in France, Mexico, and Turkey pursued exclusionary policies toward Catholicism and Islam.

Ahval: Did Turkey’s founders take French secularism as a model?

Kuru: Like the French Republic, the Turkish Republic was established in reaction to the alliance between the clergy and the monarchy. Due to this historical origin, secularism emerged in an assertive manner in both countries. In contrast, the republic in the United States was founded in reaction to British colonisation and there was no hegemonic religion. Hence, secularism in America emerged in a religious-friendly and passive manner.

There also exist differences between French and Turkish secularism. In Turkey, secularists sought to keep Islam under control through the Diyanet, while in France, secularists did not seek such direct control over Catholicism. Another difference is that secularism in France coexisted with democracy, whereas secularism in Turkey was linked to military tutelage over politicians. Hence, Turkey had more exclusionary policies toward religion. Between 1933 and 1949, religious education was almost totally banned. After the democratisation in 1950, a process of softening began but certain restrictive policies, such as the headscarf ban, continued to exist until the last decade.

Ahval: How do you explain the transformation of secularism in Turkey in the last decade? 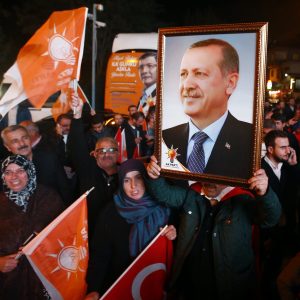 Kuru: Many Western observers were expecting Turkey to become a model for other Muslim-majority countries in showing the compatibility between Islam, democracy, and the secular state. The Justice and Development Party (AKP) came to power in 2002 by making promises to fulfil this expectation. Unfortunately, after 2012, Erdoğan instead consolidated his one-man rule and established a populist Islamist regime.

In Turkey today, the constitution and laws are still secular but public life is under the heavy influence of Islamist discourses. The deepening political role of the Diyanet represents the weakening of secularism and the strengthening of these Islamist discourses.

Ahval: Was this the inevitable outcome of an inherent contradiction between Islam and secularism?

Yet a different interpretation of Islam can be compatible with passive secularism. My new book, Islam, Authoritarianism and Underdevelopment, looks at how there was a certain degree of separation between religious and political authorities in the Muslim world between the eighth and eleventh centuries. In this era, there existed multiple understandings of Islamic law. This historical experience makes me optimistic about the emergence of new interpretations of Islam which are compatible with secularism and democracy in the future.

Ahval: Kemal Kılıçdaroğlu, leader of the main opposition Republican People’s Party (CHP), recently declared that he would seek a “rapprochement” with conservative citizens. Does that mean the CHP will change its long-lasting “assertive secularist” position?

Kuru: Kılıçdaroğlu’s declaration was seminal and received very positive feedback. By making the CHP’s secularist discourse more moderate, he is weakening Erdoğan’s strategy of political polarisation. Under Kılıçdaroğlu’s leadership, for example, the CHP is no longer defending the old headscarf ban. This is a promising transformation.

Ahval: What is your projection about secularism in Turkey in the near future? Recent surveys show that Erdoğan’s popularity is declining, what could happen to secularism in a post-Erdoğan Turkey? 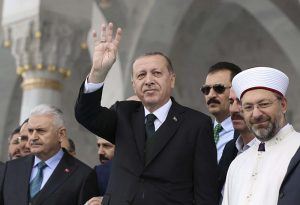 For democratisation, reforms in Turkey need to institutionalise a real separation between Islam and the state. This would reject assertive secularist policies, such as the headscarf ban. It would also refute the current status of the Diyanet, which sees state funding of Islam, and represents an alliance between the clerical class and the state.

Muslim conservatives should not be afraid of such reform. Strengthening secularism in terms of religion-state separation would not weaken religious freedom for Muslims and others. Instead, it would strengthen religious freedom. I hope that, after trying the extremes of assertive secularism and Islamism, Turkey will be able to find reasonable solutions to the problems around the complex relations between Islam, secularism, and democracy.

Ahmet T. Kuru is Professor of Political Science at San Diego State University. Kuru is the author of award-winning Secularism and State Policies toward Religion: The United States, France, and Turkey (Cambridge University Press, 2009), and the co-editor of Islam, Democracy, and Secularism in Turkey (Columbia University Press, 2012). His new book, Islam, Authoritarianism, and Underdevelopment: A Global and Historical Comparison, will be published by Cambridge University Press. This interview was conducted with Ahval at https://ahval.io/turkey-secularism/turkey-should-avoid-return-assertive-secularism-after-erdogan-ahmet-kuru