US, NATO and the Question of Russia

Are the US and its allies misguided in their apprehension of Russia’s power projection in Europe? 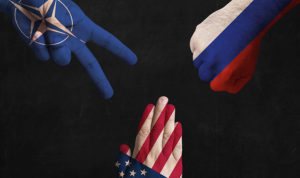 If the question of a rising China and its possible collision with the United States is a central issue in world affairs today, then the rivalry between Russia and the US is the most pressing security challenge in the European theater. From the second half of the Obama administration, through Donald Trump’s first term and now President Joe Biden’s initial mandate, the US has ramped up pressure on Russia. Washington has imposed sanctions, expelled Russian diplomats, strengthened the North Atlantic Treaty Organization (NATO), rotated troops through Poland and the Baltic states and conducted military drills next to the Russian border. Defender Europe 2021, “One of the largest US-Army led military exercises in decades,” will run until June, with 28,000 total troops from 27 nations taking part.

If we are to believe the prevalent narrative that Beijing is Washington’s most dangerous rival, then the US and its allies who fear Russia and are hell-bent on defending Europe from supposed Kremlin interference are misguided — or are they?

Much like the tensions around the status of Taiwan, for instance, Ukraine is a hotspot for the complex power struggle between East and West on the European continent. Ukraine as a sovereign state and Taiwan as a self-governing entity share common features: Both are located in dangerous geopolitical regions on the periphery of the US-led order, and both are increasing their military spending. Furthermore, the US provides no explicit security guarantees for either. In somewhat different ways, both Beijing and Moscow do not think that Taiwan (in case of China) and Ukraine (in case of Russia) have a right to self-determination, especially in the domain of foreign policy.

However, there is a major difference between the two. When it comes to Ukraine, events have probably passed a point of no return, especially with regards to Crimea, which Russia annexed in 2014 in what some argue was a preemptive effort to prevent the peninsula from becoming a potential NATO naval base in the future. 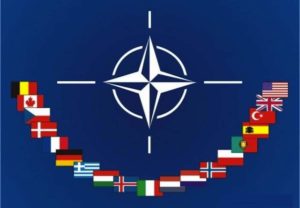 Supposedly defensive moves by Russia to increase its own security in areas along its periphery are perceived by the US and NATO member states as offensive, compelling countervailing actions. These include increased US military presence in the Baltics and elsewhere along NATO’s eastern borders and further expansion into southeastern Europe. The measures, in turn, provoked retaliatory steps from Moscow, such as nuclear military modernization, taking aggressive positions toward neighboring states or fanning the flames of internal crisis in Montenegro in 2015-16 and the Republic of Northern Macedonia in 2017-18. This month, Russia and Serbia launched joint military exercises to coincide with the Defender Europe drills being held in neighboring Balkan states.

The US-Russia dyad in Europe is not only about a security dilemma. Moscow keeps its adversaries in check with ambiguity as well. For example, Russian President Vladimir Putin has openly warned the West of undeclared red lines. He amassed and then begun the withdrawal of more than 100,000 troops from Ukraine’s border to demonstrate Russia’s capacity to both escalate and de-escalate the conflict in eastern Ukraine but without revealing Moscow’s strategic plans.

Moscow is on a mission to correct “the greatest geopolitical catastrophe of the century,” as President Putin once described the collapse of the Soviet Union. Russia is seriously interested in replacing the existing US-led liberal order, primarily the one extended beyond the Iron Curtain, with favorable and less democratic European regimes that fit Russia’s mold. These ideas were widely propagated by Russia’s neo-Eurasian movement since the 1990s. Igor Panarin, professor at the Diplomatic Academy of the Russian Ministry of Foreign Affairs, advocated in favor of a Eurasian Union with four capitals, for example, including one in Belgrade.

More recently, Anton Shekhovtsov, the director of the Centre for Democratic Integrity, has highlighted a critically important tendency: the growing links between Russian actors and Western far-right politicians to gain leverage over European politics and undermine the Western liberal order. In so doing, as David Shlapak writes for RAND, “Russia would seek to divide the [NATO] alliance to the point of dissolving it, break the transatlantic security link, and re-establish itself as the dominant power in Eastern and Central Europe.” 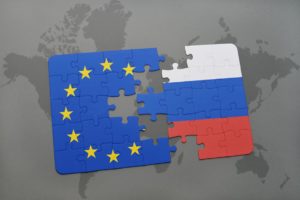 Some may argue that Russia’s goals are tangential. What really matters is Moscow’s capability to project hard power across the European continent. In this regard, skeptics largely question Russia’s ability to challenge the European nations in a scenario where the US stops extending protection to its European allies. Their typical point of reference is that Russia is but a “giant gas station” or that its annual GDP is “smaller than Italy’s.” However, what is usually overlooked here is Russia’s nuclear capability “to destroy the United States — and, not incidentally, its European allies — as a functioning society.” While it is highly unlikely that Moscow will ever resort to such an extreme, the fact that it does have the nuclear option should serve as a reminder of its power potential.

Russia’s sheer size, vast natural resources and an impressive cyberweapons arsenal have also enabled the Kremlin to punch above its weight and pursue not just defensive policies, as we have seen in Georgia in 2008, and in eastern Ukraine and Crimea in 2014. Russia has sent troops into Syria and mercenaries into Libya, and provided support to Venezuela’s embattled president, Nicolas Maduro. Then there was the alleged interference in the 2016 US presidential election and the more recent SolarWinds cyberattack attributed to Russian hackers. Moreover, according to Rand Corporation analysis, Russia could inflict a decisive defeat on NATO forces in the Baltic region and reach the outskirts of Tallinn and Riga within 60 hours.

If the US decided to diminish its presence in the European theater, much like it has done in the Middle East under Donald Trump, Russia would face little pushback to the expansion of its sphere of influence in eastern Europe. The European continent would no longer be unified and free in accordance with collective security and liberal principles. Populist and nationalist governments in central and southeastern Europe would be tempted to seek other security solutions. One can only imagine a European subsystem in Russia’s image, divided between European poles trying to balance against each other.

Skirmishes over new borders in the Balkans, for example, recently discussed in a “disputed non-paper,” could potentially spin out of control and into new regional wars. America’s allies in western Europe would not only be disappointed but fearful for their own future. Finally, other US allies around the world, especially members of the balancing coalition in Asia Pacific, such as Australia, would also know that they could no longer count on Washington. 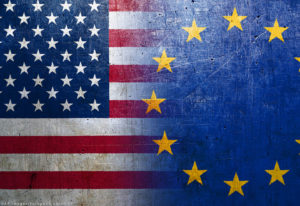 So far, no US administration has shown any intention to leave Europe as a vital area of America’s global footprint in which it had invested a vast amount of blood and treasure over the past century. Russia also wants what every nation wants — security and the absence of competition along its borders. This brings us to what the historian Michael Howard once called “the most dangerous of all moods,” in which the US would not accept relegation to the second rank in the European subsystem. Russia would also never tolerate a similar outcome for itself in its own neighborhood.

Thus, Ukraine, which the US is not treaty-bound to defend, will remain a hotspot. The most exposed states — Latvia, Lithuania and Estonia — to which the US does have an obligation under NATO’s Article 5, will remain vulnerable largely for reasons of their geography. Other central and eastern European countries, such as Poland, Romania or Bulgaria, will continue to harbor fears of Russian geopolitical ambitions. The only question is how long this strategic rivalry may mitigate the most dangerous outcome and evade a spiral toward a wider European disorder.

Dr Emir Hadzikadunic is a Senior Research Fellow at the Islamic Renaissance Front. He holds a PhD in International Relations from the International University of Sarajevo and was the Ambassador of Bosnia and Herzegovina to the Islamic Republic of Iran (2010-2013) and Malaysia (2016-2020). This essay also appears on Fair Observer at https://www.fairobserver.com/region/europe/emir-hadikadunic-ukraine-russia-nato-us-european-security-news-45532/