Who deserves an apology? 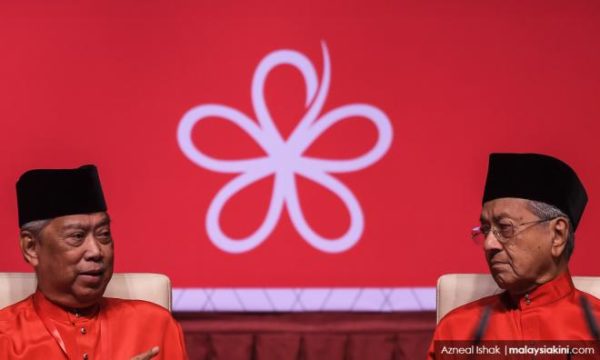 After chairing his first cabinet meeting on 11 March, Muhyiddin Yassin revealed that he had written to Dr Mahathir Mohamad to ask for his forgiveness. Hoping that hurt feelings could be put aside, Muhyiddin also asked the former prime minister to endorse his backdoor government.

My guess is Muhyiddin’s announcement was meant to soften his image as a turncoat. It was a public relations exercise in a society that places a high value on respect for, and deference to, elders.

Dr Mahathir clearly didn’t fall for it. We should not fall for it either. Indeed, instead of softening us, Muhyiddin’s public gesture should solidify our anger even more at his active dismantling of the government we voted for.

Who is this about?

Clearly, these politicians think holding power, and the tussle for who has that power, is really all about them. Muhyiddin’s attempt at an apology says it all. In his estimation, Muhyiddin thinks he needs to apologise to Mahathir for a betrayal. But the import of what Muhyiddin has done isn’t about a betrayal of Mahathir or a political party or the Pakatan Harapan (PH) coalition he was a part of. 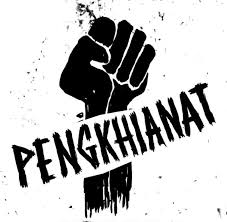 It’s about a betrayal of the people’s vote. It’s about betraying the rakyat’s will. It’s about putting back in power Umno, the party that voters decisively voted out in GE14 because we no longer wanted to be robbed by corrupt politicians and a corrupt government.

That Muhyiddin would make this about his relationship with the former prime minister, and not about what he has done to betray Malaysians, needs to be recorded. It needs to be called out and named.

Why? Because not calling it out would be a mistake. Worse, allowing ourselves to share in Muhyddin’s regret, or to feel sympathy for one man publicly asking another for an apology, would be a grave miscalculation.

We should view Muhyiddin’s sympathy-seeking announcement for what it is – a warning. It’s an indication that the newly-appointed prime minister isn’t thinking about what he’s done to our vote, or that he even cares.

If he did care, it would be voters he would be apologising to because we are the ones who deserve an apology. In fact, we deserve far more than that. And yet, do you hear Muhyiddin offering anything like an apology to the public?

A pattern of thinking

Unfortunately, Muhyddin isn’t the only one who is demonstrating that politicians don’t actually care about what citizens want. Zahid Hamidi, Noraini declared, “should be in the cabinet line-up for the party’s dignity”. He was also needed in cabinet so that he could assist the prime minister in governance, she reportedly said.

And so, according to Noraini’s logic, what needs to be considered in cabinet appointments is Umno’s dignity. Not what is best for the nation. And certainly not what voters asked for in the last general election, which was that an Umno-led government should no longer have the chance to steal from Malaysians again.

As a crucial aside, isn’t it just astounding that Umno leaders have no qualms declaring that a man who is currently facing 45 corruption charges, involving close to RM145 million, is what the party needs, to restore its dignity?

And here’s my retort to Noraini: if Zahid is the only person who can assist Muhyiddin in “national governance” in your estimation, then clearly your party deserved to be kicked out of government in GE14. Have you forgotten, or are you hoping that voters have forgotten, that all of the corruption charges against your party president were for alleged crimes committed while he was in government? What kind of assistance were you thinking Zahid could provide the new backdoor government, eh?

Then there was the complaint by Johor Bahru Umno chief Shahrir Samad which unwittingly ended up calling a spade a spade. His accusation was: “The new government is Muhyiddin’s government” supposedly because it didn’t reflect the spirit of PI. Malaysians voted for a PH government without the Umno-led BN and without PAS. So, really Shahrir, you’re doing a number on us, aren’t you? Because your outrage should be that Muhyiddin’s government is a backdoor government that completely disregards what Malaysians voted for. That it doesn’t reflect PN’s spirit, according to you, is irrelevant when voters already made their choice so clear in GE14.

Lest we despair, Malaysians should treat this open display of the values that these politicians will fight for, and betray others over, as a call to action. It calls us Malaysians, who voted for a different Malaysia, to do something about it. Not doing anything is not an option. Not if we don’t want our vote stolen from us, just as our tax money was before.

Nowhere in all of this political reality do we see a recognition that in a democracy, the people are the boss. We get to choose who governs us. And we did, despite all manner of obstacles and fraud, in GE14.

And yet here we are. With a government we did not vote for, and a prime minister we did not agree to, who cleverly refused to have his legitimacy tested in Parliament. And so quickly already, that truth is being deliberately left out and disappeared in the narratives we’re hearing.

Bersatu’s Muhyiddin, we are told, had no choice but to do what he did in order to save the nation. Umno wants more cabinet appointments because it’s the largest bloc in PN, no matter that they were stunningly voted out less than two years ago. In the meantime, the PAS president, Abdul Hadi Awang, has said he wants the new administration to focus on “healing the nation”.

But healing begins with an acknowledgement that the PN has robbed Malaysians of their GE14 vote. Healing can perhaps begin with an apology to the rakyat, something no other politician, except Dr Mahathir and Syed Saddiq Syed Abdul Rahman, has done. And here’s a note to any politician attempting a public apology ala-Muhyiddin. Apologies only work to bring about reconciliation if you demonstrate what you’re going to do to fix what you broke. If you lied and conspired behind voters’ back, admit it. Don’t cast yourself in the role of a saviour nobody asked for because Malaysians don’t need saving, certainly not by conniving politicians. If you stole something, return it. Don’t pretend yours is a government for all Malaysians when that’s not what we voted for.

Malaysians can expect that in the days and weeks and months to come, the national narrative will continue in the vein we are already experiencing on a daily basis from these politicians. They are now in power. They will attempt to control not just the government, they will endeavour to control and reshape the narrative so that they get away with what they have done.

Malaysians cannot afford to let them do that. Not if we want to continue to be the rightful boss in our democracy.

*This essay was first published by Malaysiakini at: https://www.malaysiakini.com/columns/515034

Jacqueline Ann Surin is a [email protected] consultant, a specialist meeting facilitator and a leadership coach. She was an award-winning columnist, a journalist for 20 years, and the co-founder of The Nut Graph before switching careers.