Fast forward to Bobby Ghosh who penned Why Islamists are better Democrats in Time Magazine (5 Dec, 2011). The writing argued for a bright future for Islamists in the emerging democracy for the newly liberated Muslim world post Arab-Spring. He opined that Islamists are poised to do better than their liberal rivals because they were people-friendly and not corrupt.

The above contrasting scenarios of Islamists depicted by the western media in less than a decade aptly illustrate the changing perception of ‘Political Islam and Islamists’.

Lest you have been oblivious of “Political Islam and Islamists”, let me recapitulate. A good grasp of these value-loaded ideological terminologies would facilitate understanding of one of the most misunderstood political actors in contemporary power politics.

Admittedly though, ‘Political Islam’ is an invention of both Orientalist thinking and Socio-Political scientists of both Western and Middle-Eastern origin. Western discourse, defines Political Islam as ‘the contemporary movement that conceives Islam as a political ideology and describe the people who subscribe to this view as ‘Islamists’.

An Islamist, going by this definition, ranges from a “Jihadi” to “Democrat”, in an ideological milieu that is far from monolithic or homogeneous. That said, one immediately perceives that this ‘narrow’ definition of ‘Islamic activism’ presupposes that Islam per se is ‘apolitical’ ; hence the need to affix the term ‘Political Islam’. That premise is both misconceived and fundamentally flawed. The holistic paradigm of Islam includes its inherent and intrinsic interests in matters of ‘government and governance’, thus making it political from the very outset.

The West must come to grasp with this fundamental concept. Indeed as autocracies and despotic regimes crumble during those historical moments dubbed the Arab-Spring, vibrant Islamist political parties have emerged as winners, to evolve a new political landscape. 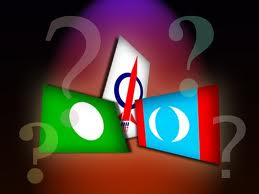 Interestingly, at home, Parti Islam SeMalaysia (PAS), represents the world phenomenon of “Political Islam”, although with its own political backdrop and historical narratives. Nonetheless, it would be appropriately categorised as ‘Political Islam’, insofar as undertaking the “political project” of advocating Islam as seeking ‘political dominancy and relevance’ in an open electoral contestation, ever since its inception.

Indeed, PAS was engaged in electoral contests and democratic processes earlier than its couterparts, such as the Middle-Eastern Muslim Brotherhood, Indo-Pakistan’s Jamati Islami or as well her Indonesian ‘Islamists’. Simply put, PAS were earlier ‘Democrats’ than many of her contemporary Islamists movements around the world.

That ‘Political Islam’ is currently undergoing a critical crossroad is indeed an understatement. The reasons are many folds and this piece attempts at exemplifying this phenomenon. Do PAS and by extension her Islamists counterparts, truly understand the challenges? Will they survive the political trajectory they choose to tread?

Retrospectively speaking, one of the distinguishing and defining features of ‘Political Islam’ in the early twentieth century was its call for the creation of an Islamic state. Methods and strategies of the many Islamists movements might differ with time and space, but the aim remained one and the same for all.

It was no coincidence that the late nineteenth and early twentieth century witnessed Islamists advocating the Islamic state agenda, conceptualised and premised on Islamic principles and articulated around the core concept of the Islamic Law or the Shari’ah.

But Political Islam has in the very recent times undergone a transformation of sort that immediately places them at a crossroads. In tandem with the ‘changing approach’ or ‘a generational shift’ of her counterparts, to paraphrase Professor Tariq Ramadan, PAS has similarly registered its coming of age.

In a rare exercise of intellectual renewal or Ijtihad and Tajdid (Revivalism) the party committed to and shifted itself – prior to the 12th General Election 2008 – to a political trajectory and a manifesto of ‘Negara Berkebajikan’ (The Benovelent State) from an overworked concept of the Islamic State.

While ostensibly playing down on its historical demand for the specific implementation of the ‘legal aspects’ of the Shariah (the Islamic Penal Code namely Hudud), PAS now prioritises and mainstreams a Political Islam that more importantly advocates for the cardinal Quranic message of ‘Justice’ or “Al-‘Adaalah”. PAS outrightly ‘de-ethnices’ and distances Islam from Malay supremacy and the racial-religious bigotry while assertively proclaiming ‘Justice for all’.

The transformation of PAS towards the middle political ground is not without its attending consequences. PAS’ political nemesis wasted little time in mounting a campaign accusing the Islamists party of ‘deviation’ and ‘compromises’ from its original advocacy of Islamic State. PAS must not bow down to these intimidations.

More challenging on a longer timeline is to explore and advocate a ‘Political Islam’ that goes beyond the usual ‘prohibition-oriented approach’. For Islam to be at the centre of national cohesion and solidarity, the promotion of Islam must be inclusive, voluntary and just as to exemplify the worldview of Islam of enhancing Justice and Fairness, and of Prosperity and Sustainability of the nation at large.

More specifically is to impress the urgency to embody the Maqasid al-Shariah (true compass and purpose of the Shariah) in the critical domain of government and governance. It must continue to mount an attack on the endemic corrupt and crony practices and gross mismanagement of the nation wealth and finances that have resulted in ‘Inequality’ and ‘Marginalisation’ of the rakyat-both a yawning income and much worse, a wealth divide. 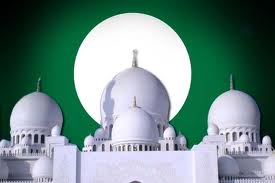 Besides, it is of vital importance to draw the line clear for Muslims and non-Muslims, when it comes to specific prescriptions as to avoid untoward consequences. The latest incidents on the issuing of summonses to the unisex saloons in Kota Bharu and non-Muslims apprehended for indecent behaviour have been spun viciously by the BN main-stream media.

Again this calls for an appropriate and judicious response of Islamists in balancing, oftentimes mutually exclusive demands. The raging issue of the kalimah Allah will be another challenging case in point. PAS’ consistency and steadfastness in upholding its conviction, policies and programmes will endear further trust and respect from the nascent support of the non-Muslims constituencies and the more discerning Malay-Muslims middle-ground citizenry.

Similarly, PAS must be cautious and tactful as not to inadvertently alienate its traditional supporters, some wary of PAS’ ‘transformation’. Managing oftentimes, mutually exclusive demands is a challege on all Islamists in a democracy.

Does PAS have what it takes to proceed on a longer term trajectory to maintain and enhance its support-base and the acquired trust and remain a ‘centrist’ Islamists party?

This writer is of the conviction that if PAS truly understands and internalises its current strength of being capable of strategically positioning itself in the ‘middle-Malaysia’, due essentially to its embodiment of the Quranic imperatives of ‘Al-Wasatiyyah’ (Middle Nation)and ‘Rahmatan Lil-‘Alamin’ (A Mercy unto all Mankind), the negative perceptions will eventually give way to a more profound mutual trust and respect.

Together with its Pakatan partners, that would indeed provide for a sound and vibrant foundation for a mutually rewarding socio-politico-religious relationship of ‘A New Malaysia’.