Hudud: Between Dogma And Reality Dogma trumped justice and reason in the Kelantan State Assembly on the 19th of March 2015.

When dogma overwhelms one’s outlook, reality is often set aside. By tabling the Syari’ah Criminal Code 11 1993 (Amendment 2015) or Hudud Bill at a time when the people of Kelantan are still struggling to overcome the devastating consequences of one of the most severe floods the state has known, the PAS government has deliberately given greater emphasis to modes of punishment than to the dire needs of the masses. Reason and justice demand that restoring the shattered lives of the tens of thousands of flood victims take precedence over every other task.

In fact, if both state and federal governments addressed the underlying causes of the floods, they would discover that the failure to uphold environmental standards — a cherished principle in Islam — was one of the contributory factors. It is adhering faithfully to fundamental principles of this sort rather than remaining fixated on penalties and prohibitions that is the true essence of Islam. Similarly, a criminal code that concentrates upon modes of punishment will not solve the root causes of the many social ills that afflict Kelantan from drug-abuse to HIV/AIDS. What is needed is a determined effort to tackle the sociological and economic dimensions of these ills.

This inability to come to terms with the realities that confront them is also reflected in the reluctance of the proponents of hudud to examine the actual situation in the few countries that have implemented hudud. Nearly all of them are authoritarian, adopt a literal approach to laws and religious precepts, marginalise non-Muslim minorities and subordinate women. From the perspective of human dignity and social justice, not one of them is worthy of emulation.

Hudud proponents have also refused to consider the position of a number of important Muslim countries that have chosen not to implement hudud. The world’s largest Muslim nation, Indonesia, has, since its founding in 1945 remained committed to Panca Sila as its national ideology. Panca Sila whose first principle is the Oneness of God makes no mention of hudud. It is significant that on the 11th of February 2015 all major Islamic movements in Indonesia, including Muhammadiyah and NahdatulUlama with millions of members reiterated their endorsement of the Panca Sila in the Yogyakarta Statement. 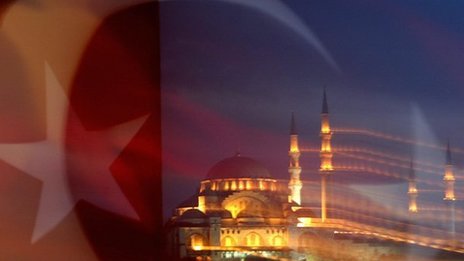 Turkey, another country with an overwhelming Muslim majority and led by a party with an Islamic root is unambiguous in its choice of secular law as the basis of its system of governance. Neither the Freedom and Justice Party in Egypt, an appendage of the Muslim Brotherhood, nor the An-Nahda of Tunisia, with its Islamic image, incorporated hudud into its manifesto when it sought power in the post-2011 scenario following the Arab uprisings. Indeed, in the Arab uprisings as a whole which adopted freedom, dignity and justice as their battle-cry hudud was not a goal.

Why have hudud proponents in Malaysia ignored realities in Kelantan and in the Muslim world and persisted in adopting a dogmatic approach towards hudud? Part of the explanation lies in their narrow, superficial notion of Islamic identity. Like ultra-conservative groups elsewhere, they regard hudud as the defining characteristic of an Islamic state and identity when in reality punitive laws constitute a minute fraction of the Qur’an. What defines the identity of the Qur’an and Islam is a profound commitment to human dignity and social justice rooted in God-Consciousness.

In Malaysia, a hudud-centred religious identity has been reinforced by the intimate link between Islam and Malay ethnicity which has strengthened identity consciousness as a whole in a situation where the Malay-Muslim populace has always perceived the large, economically stronger Chinese community as a challenge to its own position in what is historically a Malay land. It is this notion of identity shaped by these forces which clings on tenaciously to hudud and other such exclusive, distinctive dimensions of Islam in the hope of asserting the religion’s power and authority.

The protection of identity along these lines has in turn spawned an irrational fear of discourse and debate within the Muslim community. This is why hudud as the inherited legacy of the jurists in Muslim history remains unexamined and under-evaluated. It is seldom highlighted by Islamic scholars in Malaysia for instance that the Kelantan Hudud Bill includes punishments for liquor consumption and apostasy which do not appear in the Qur’an. In the case of apostasy in particular the Qur’an does not provide for temporal punishment and only alludes to punishment in the hereafter.

What is even more significant, hudud (or hadd in its singular form) is not used in the Qur’an in relation to punishment per se. As Islamic jurists have pointed out, the term that is employed in the Quran is Hudud Allah which occurs 14 times in the sacred text to signify limits — limits in the general sense. This general concept of limits or boundaries in human behaviour is an idea of tremendous value which is eternally and universally applicable. It is because discourse on Islamic concepts and ideas is frowned upon in Malaysia that there has been no attempt to understand this deeper philosophical meaning of hudud. Instead the Malaysian Muslim mind has remained trapped in a penal code view of hudud which focuses upon punishments and penalties. 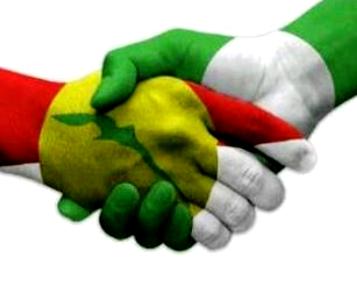 There is a third reason why many Malaysian Muslims are fixated on hudud. For more than three decades now, the question of hudud has been sucked into inter-party political rivalry. PAS, especially after 1982, has invariably presented itself as the champion of hudud. The UMNO leadership in the past sought to diminish Pas’s claim by arguing that PAS’s hudud lacked legitimacy since it was at variance with certain Qur’anic principles. Since 2008 however when the UMNO-Barisan Nasional (BN) government lost its two-third majority in the Federal Parliament and Malay support began to wane, some UMNO leaders have sought to project the party’s Islamic credentials by also playing the hudud card. Sensing that hudud is an almost insurmountable barrier separating PAS from its partner, the DAP, UMNO has attempted to exploit this difference in order to weaken the Pakatan Rakyat (PR). Some in UMNO may even see hudud as a way of strengthening ties with PAS. As a result of all this politicking, hudud has become more entrenched in the political landscape.

This brings us to the consequences of the hudud controversy for Malaysian politics and society. As we have seen, it threatens to split the PR. If either PAS or DAP leaves the PR, the PR will have less appeal in the electorally mixed constituencies which are vital in determining who is in power at the Federal level. On the other hand, this may also compel the PR parties to stick together in an uneasy, opportunistic alliance.

The hudud controversy will also impact adversely upon the BN. If UMNO is perceived to be colluding with PAS, the non-Malay, non-Muslim parties in the coalition will become even weaker vis-a-vis their base. This possibility could have a disastrous effect upon the BN’s ability to rule from Putrajaya since a substantial chunk of its electoral support comes the indigenous non-Muslim communities of Sarawak and Sabah. It is important to emphasise that it is not only the indigenous, non-Muslim parties in the two states that would eschew any UMNO-PAS collusion; even the indigenous Muslim parties would reject any such move, given the social ethos in Sarawak and Sabah.

What this means is that intra and inter-religious relations would deteriorate under the weight of hudud politics. Muslim opinion would become even more fractured. The Muslim non-Muslim chasm would widen. This deterioration could become even more pronounced if other Muslim majority states in the Federation also seek to follow Kelantan’s example and try to introduce hudud with the blessings of the Federal government. The temptation to do so would increase especially if the imposition of hudud enhances one’s electoral standing. Since hudud is not just a set of laws but a reflection of a certain approach to Islam, it is not inconceivable that as an ultra-conservative understanding of the religion becomes more widespread, alternative views on various Islamic issues will be marginalised and de-legitimised. A particular interpretation of Islam associated with the religious elites will become so dominant that differences of opinion will not be tolerated. Conservative religious authoritarianism impacting upon society as a whole may well become the order of the day.

This has to be checked immediately. One hopes that if the Kelantan Hudud Bill comes up to Parliament, the MPs will vote according to their conscience and not yield to a notion of Islam which does not represent the essence of the faith. The judiciary if it is called upon to exercise its wisdom in this matter should also rise to the occasion and protect the integrity of the Constitution. Most of all, the people should come out in defence of justice and reason and not submit blindly to dogma.

Dr. Chandra Muzaffar is the Chairman of the Board of Trustees, Yayasan 1Malaysia. He has been writing on issues pertaining to Islam and society since the late seventies. The Star Online first published this essay at http://www.thestar.com.my/News/Nation/2015/03/22/Between-dogma-and-reality/