Opening Speech for “Rethinking Islamic Reform” with Tariq Ramadan at the Renaissance Hotel on 14 July 2012. 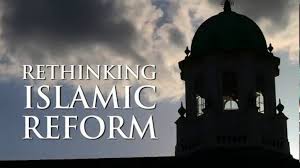 While the world continues to revolve, we are witnessing one of the most important developments in the Muslim world. The rise of AKP in Turkey, the en-Nahdah or Renaissance Party in Tunisia, the Freedom and Justice Party in Egypt and al-Adl wal-Ihsan in Morocco are basically the re-emergence of Islamism with a new face and a new spirit.

It would not be a gross exaggeration to portray it as a re-emergence of the rationalist school of thought – or known previously as the mu’tazilites – in the Islamic world. As the rationalists believed that one of God’s crucial attributes is justice, hence man must have free will. Man must utilize his God-given faculty of reason to decipher between right and wrong and to establish justice.

And since God is absolutely just, He would not reward or punish his creatures without reason. Human would receive reward in heaven or punishment in hell as a result of their free choice. Anyone who believes in a just God had to accept that man is the creator of his deeds.

The rationalism of the Mu’tazilites led them to conclude that God, and thus, His universe, operated according to rational laws, a premise that called on scientific inquiry. From this, emerged the scientific boom of the Medieval Islamic world, the zenith was the establishment of Bait al-Hikmah or House of Wisdom.

Another important theological basis for the Mu’tazilites was that the Qur’an was created which lead to the interpretative conclusion that the Qur’an can be “interpreted” and NOT merely “implemented” or “applied”.

This literal translation of the Qur’an is mainly the basis for the current predominantly literalist or Salafist trend in the Muslim world. Because of this literalist trend, many Muslims are trapped in the Medinan State concept or as what was mentioned by the esteemed Prof Tariq Ramadan in his book Radical Reform, obsession with models rather than principles.

Basically Muslims require thinking, and rethinking again about this important agenda. Man must be able to exercise God given rational faculty in order to face the challenges of modernity. And this forms the basis of reform that we aspire to.

“I desire nothing but reform (al-Islah) as far as I am able. There is no guidance for me except from Allah” [Surah Hūd 11: 88]