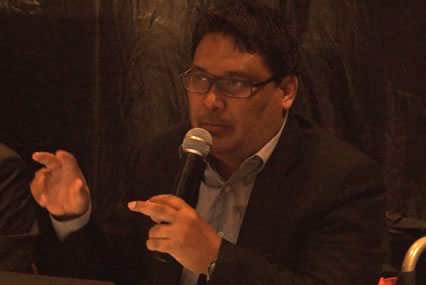 “So long as humans exists, the struggle will not cease between dogma and free investigation, between religion and philosophy; a desperate struggle in which, I fear, the triumph will not be for free thought, because the masses dislike reason, and its teachings are only understood by some intelligences of the elite…” [Jamaluddin al-Afghani]

The most intriguing part of Afghani’s focus on the decline of Islamic civilization, is not in who he blames for the decline, but in how he proposes to reverse that decline. From this perspective, an observer can accurately dissect the mechanisms that influenced Afghani’s ideas about civilizational decline.

As a result, the innovation of absolute monarchy is easily co-opted into the political system of the Islamic civilization and defended by the ‘ulama as being Islamic. It is apparent that the sanction on philosophical endeavours is the root of decay in Islamic religion and society; it is to this purpose which Afghani points his criticism of Renan.

In “Reply to Renan” Sayyid Jamaluddin al-Afghani’s response to Ernest Renan’s lecture “Islam and Science” as published in the Journal des Débats on 29 March 1888, Afghani challenges Renan’s thesis that Arabs, by nature of their race, society and religion, have always been incapable of developing rational thought.
While the Islamic world is currently underdeveloped in scientific advancement and rational thought, Afghani counters; this has not always been the case. Afghani asserts that Renan’s thesis is unscientific because it does not take into consideration the fact that all religious institutions have opposed free thought at some point in their history.

The challenge we are facing today is similar to the challenge that has been faced by the reformist generation before us: the intellectual stagnation. When we promote “Islamic Reform”, it doesn’t mean that we are reforming the tenets of the religion itself. Reform is basically reforming the understanding of how religion should be practiced in the 21st Century.

It would not be a gross exaggeration to portray it as a re-emergence of the rationalist school of thought – or known previously as the mu’tazilites – in the Islamic world. As the rationalists believed that one of God’s crucial attributes is justice, hence man must have free will. Man must utilize his God-given faculty of reason to decipher between right and wrong and to establish justice.

The verse that forms the “tag line” of IRF: “Liqaumin yatafakkaruun” – for people who think – is to emphasize the importance of “aql” or “reason”. As stated time and again by one of the greatest thinkers in Islamic history, al-Ustaz al-Imam Muhammad Abduh; there can be no contradiction between “Faith” and “Reason”. If there appears to be some contradiction between “Reason” and “Revelation” it should be assumed that one or the other has been incorrectly understood; since they are basically two different means to convey the one divine truth.

Real “Tajdid” or “Renewal”, and “Islah” or “Reform” can only be achieved if we are able to fully utilize our faculty of intellect or “’aql”. There are certain groups of people within our societies that are promoting the “Tajdid” agenda. However, these people who often present themselves as the only “true Salafi”, made a literal and reductionist approach towards the understanding of the Qur’ān and the Sunnah (traditions of the Prophet). The contemporary literalist approach fails to give adequate answers to contemporary challenges. 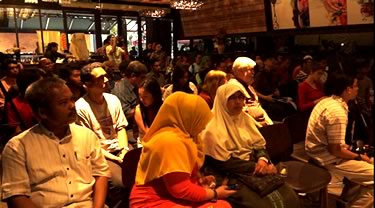 These so-called “true Salafis” failed to make a clear distinction between “adz-Zhawabit” or the immutable and “al-Mutaghayyirat” or the Changing. They are more obsessed with returning to the past, back to the time of “as-salafus salih” as the pious predecessors, rather than confronting the current issues by exercising the faculty of reason endowed by Allah. Confusion exists between principles and models, between a rule and its form, and this leads to exceedingly rigid and particularly exclusive reductions.

Thus, modesty is prescribed to Muslims, but in the eyes of the literalists, only one way of being modest exists, imitating the Prophet, his Companions and the Salaf, and dressing just as they did, with the same clothes, and this is the only possible reference. It can be seen here how the principle of modesty is reduced to its actualization within a specific historical context. One could understand and accept such reduction if its advocates only expressed it for themselves. However, they do not, and that exclusive approach has been fitted out with legal constructs to disqualify all other interpretations.

By failing to distinguish sufficiently between the “immutable” and the “changing”, contemporary literalists or “salafiyyah harfiyyah” bestir a series of other confusions involving grave consequences. For on the level of relationships within human societies, distinguishing between the immutable and the mutable makes it possible to draw a fundamental difference between principles and models.

Thus, the principles of justice, equality, rights and human brotherhood that guided the Prophet of Islam indeed remain the references beyond history, but the model of the city of Madinah founded by the Prophet in the 7th century is a historical realization linked to the realities and requirements of his time. To confuse eternal principles and historical models is simplistic. Idealizing something in a moment of history reduces the universality of Islamic principles to the dream of an impossible return to the past, to an irresponsible “nostalgia of origins”.

The Golden Age was not a period of nostalgia which saw centuries of science, art and discovery flourished. Indeed, the freedom to think, express and to risk original ideas defined the many Muslim civilizations that prospered across the Islamic world, from Baghdad to Spain in the West and India, China and the Nusantara in the East. Take for example, the advances under the Abbasid Caliphate in the 8th century – during the reign of the Muktazilites – which saw the rise of algebra, astronomy, medicine, literature and even agricultural technology, advances which are still considered to be far ahead of its time. 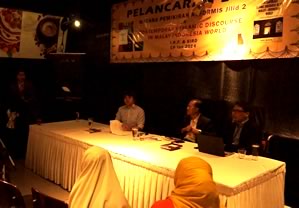 These advances did not emerge de novo, but were born in conversation with knowledge inherited from Greek, Roman, Persian, Chinese and Indian civilizations. But the culture of exploration and experimentation can also be found in the novel ideas about religion that also flourished then. It was during this era that the Muslim world became the intellectual centre for learning, during which the famous House of Wisdom or Baitul Hikmah was established. Muslims and non-Muslims worked together hand-in-hand to translate and gather all the possible knowledge that was within reach to them at the time into Arabic.

The underlying basis of this intellectual culture at that time was none other the “Mu’tazilite” school of rational theology. They were inspired by Hadiths and Qur’anic verses that emphasized the value of knowledge, reflection and discovery in Islam. The Mu’tazilite school of thought claimed, among other things, that humans have total free will, that our actions were not predetermined.

They do so to protect God’s total innocence of any evil in this world, while reserving all responsibility for evil deeds to humans: in other words, humans must have the power to choose their actions in order to be held accountable for them. Thus, humans would receive the appropriate reward in heaven or punishment in hell as a result of their good or bad free choices.

This commitment to human autonomy and God’s supreme transcendence also led them to conclude that the Qur’an was created, and not “uncreated”. Otherwise it would be elevated almost to the level of a second deity, something that contradicts Islam’s uncompromising monotheism. This led to an important conclusion in that a created al-Qur’an can be interpreted; whereas an uncreated al-Qur’an can only be applied.

As strange as all this may sound to contemporary Muslims, it is nonetheless a historical fact that the Mu’tazilites endured as the most dominant school of theology in Baghdad for nearly three centuries. Hence the idea of freedom, be it freedom of conscience, freedom of expression, freedom of speech or freedom to read whatever we want to read was not unknown in classical Islamdom. The People of Reason clearly aspired to it. And they may have headed toward establishing a genuine concept of “hurriyyah” or freedom. Today, contemporary Muslims only hark back to our past military conquests for simplistic proof of Islam’s historical glory, when the reality is that those were only few and far between. What is undeniable is the depth of learning and exploration that Muslims throughout the world pioneered over centuries, and this could have only been possible because of the love of learning that was part and parcel of Muslim culture then.

This is of course not to paint a perfect and rosy picture of the past. But it does suggest that the notion of Muslim progress need not be defined in terms of state power, or control over the life of others but genuine inquiry, exploration of knowledge and discovery of the world. All this is of course, a stark contrast to the reality today, when conformity, often by coercion has become the norm in Muslim societies. Muslims are expected to simply obey and listen to authorities who are effectively in power due to random reasons that have nothing to do with whether or not they understand the modern globalized world in which young Muslims are living in today.

These are the new challenges facing us. The most important is to liberate the mind of the Muslims from intellectual stagnation. The writings in this book “Wacana Pemikiran Reformis Jilid II” resemble our quest for this journey. Basically Muslims require thinking, and rethinking again about this important agenda. Man must be able to exercise God given rational faculty in order to face the challenges of modernity. And this forms the basis of reform that we aspire to.

The Islamic Renaissance Front is a voice of reason that promotes an intellectual discourse, reform and renewal in our society and this religion of Islam for this new age.

“I desire nothing but reform (al-Islah) as far as I am able. There is no guidance for me except from Allah”. [Surah Hūd: 88]